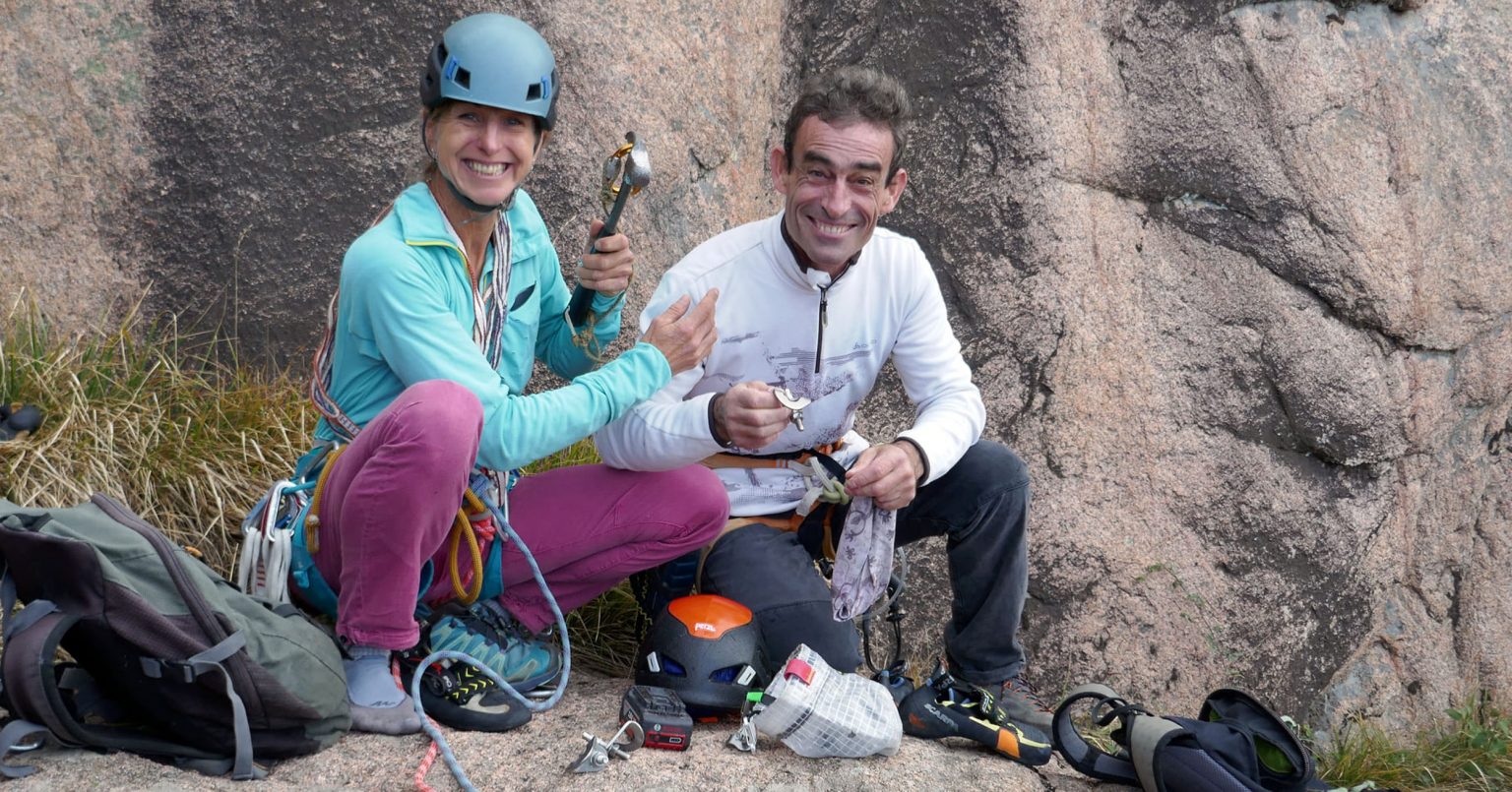 Bolting and maintenance of Natural Climbing Sites in Corsica in 2021

We have been publishing climbing guidebooks about Corsica since 2006. In addition to our objective of providing precise and reliable information to climbers, right from the outset we created a system that would generate a financial contribution to maintenance and development of crags and multi-pitch routes in Corsica. For many years, this was in the form of a partnership with the Corsican mountain league (FFME).

In 2018, this collaboration came to an end and a Route Bolting Fund funded by sales of our guidebooks took over.

For the three guidebooks that we publish and distribute through our company Omega Roc, the following are allocated to the Route Bolting Fund:

In spite of the successive lockdowns and restrictions on movements in 2020 and 2021, which had a serious effect on guidebook sales and therefore on the amounts going into this fund, a significant budget remains, with €30,000 allocated to the Bolting Fund since 2018.

This budget has been used to buy the most durable bolting equipment available: expansion bolts and stainless steel hangers, galvanised glue-in bolts and various consumables. This equipment is provided to route bolters on request. These workers behind the scenes have kept up their efforts and continued to develop the island’s crags and multi-pitch routes. The new crags and routes are included in our guidebooks and/or on the OmegaRoc app.

Approximately 2100 hangers and expansion bolts distributed since 2012 including 1100 since 2018: most of the routes mentioned below are included in the latest Grandes voies de Corse and Bavella Corsica Escalades Choisies guidebooks, or on the OmegaRoc app.

In parallel with the activities described above, the Corsican mountain league (FFME) has implemented some additional initiatives: the most significant of these is professional re-bolting of 2 old sites in La Restonica (18,000 euros, half funded by the FFME and half by the Corte town council) in 2020.

• Appendix 2 (How the bolting fund works) 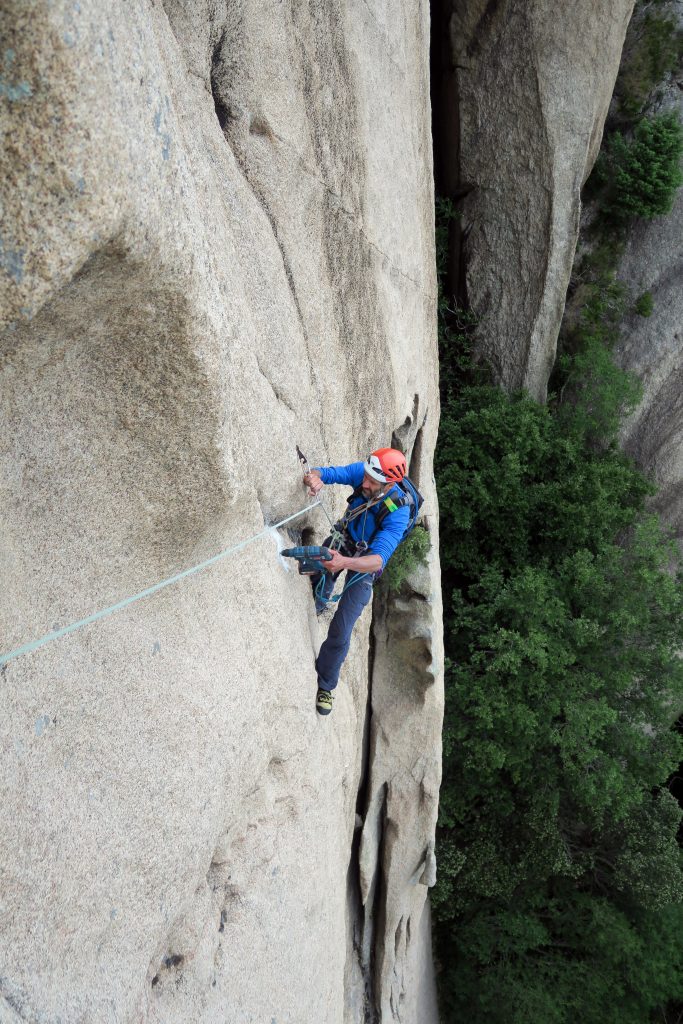 Before the mid-2000s, no published guidebook included all crags in Corsica, but instead there were a number of local guidebooks: for Bavella in particular but also Balagne, the Ajaccio region and a few isolated sites.

This heterogeneity and the high number of regions that were not included encouraged “foreign” guidebooks to pop up, which did cover the entire island (either in book format or on the internet) but had several disadvantages: information rapidly became out of date, specific local details were missing, but above all no financial contribution was put back into Corsican climbing and sites that were prohibited or problematic had been included.

Given this situation, during a meeting in Corte attended by most of the active bolters on the island a decision was made to produce a regional guidebook, coordinated by the Corsican mountain league (FFME). Unfortunately, this project did not come to fruition.

Convinced that this regional guidebook was essential and already very much involved in developing climbing in the area around Ajaccio, we wanted to breathe new life into this project and so we decided to take it forward as authors ourselves. It seemed completely natural that this guidebook should play a direct role in maintaining and developing natural climbing sites in Corsica. Thus, right from the very first edition in 2006, the Falaises de Corse guidebook was produced in collaboration with the Regional FFME Committee (now the Corsican mountain league (FFME).

Our aim was to create a guidebook, both practical and of course reliable but also visually pleasing, to inspire climbers to come and climb in Corsica. It took us nearly two years of work to produce the first edition of the Falaises de Corse guidebook.

As authors, we have done all work and paid all costs ourselves (gathering information, taking photos, infographics, translation costs, etc.), except for printing costs which were paid for by the FFME Committee. In exchange, the latter received a third of the sales revenue for the printed guidebooks. This cooperation has been maintained for new editions. For each new edition, published at intervals of 2 or 3 years, significant work to update information and improve graphics in the guidebook has ensured it remains attractive (5 editions between 2006 and 2017).
These guidebooks have always been a great success and sales have seen continuous growth. Nearly 18,000 guidebooks have been sold in 11 years, generating an annual profit of around 4000 euros for the Regional FFME Committee (approximately 2.5 Euros per guidebook sold). Amongst other uses, these profits have been employed to fund route rebolting or crag bolting (whether FFME-approved or not): maintenance work and new sectors at La Richiusa (Bocognano), maintenance work at Gozzi, rebolting on several sites at Balagne (Bonifatu, Curriali, Lumiu), complete rebolting of crags at Bavella and opening up of new sectors, bolting of new sectors in La Restonica, etc. The vast majority of this work was carried out voluntarily by locals in the climbing community (within clubs or independently).

In 2012, now older and wiser thanks to our initial experience, we published a guidebook containing a selection of multi-pitch routes from all over Corsica: Grandes voies de Corse. Our objective was to make this aspect of Corsican climbing more widely known, since for many it went no further than the classic fully-bolted routes at Bavella and in La Restonica.
Right from the outset, we wanted to ensure multi-pitch route bolters in Corsica benefitted in some way: thus, 1 euro per guidebook sold is dedicated to purchasing equipment made available to the main route bolters described in the Grandes voies de Corse guidebook. At the end of 2017, nearly 1000 stainless steel bolts have been provided. Amongst other things, they have been used for the following:

– in the area around Porto, rebolting of Enterre mon cœur, bolting of a new route (La fine équipe) and bolting of another route are all ongoing. 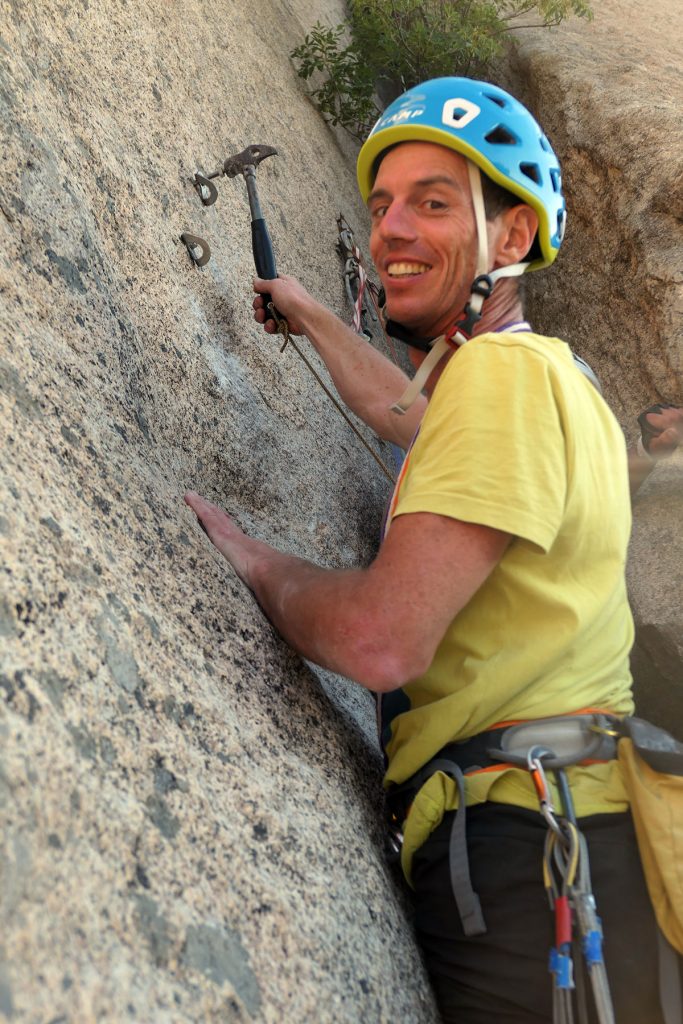 APPENDIX 1 – Equipment distributed and activities since 2018

As planned in the meeting on 28th June 2018, we have provided equipment to bolters who requested it and this has led to major advances in the development of crags on the island (most of these sites are on the OmegaRoc app):

For multi-pitch routes : approximately 2100 hangers and expansion bolts distributed, including 1100 since 2018 (most routes listed below are in the newly-released guidebook Grandes voies de Corse): 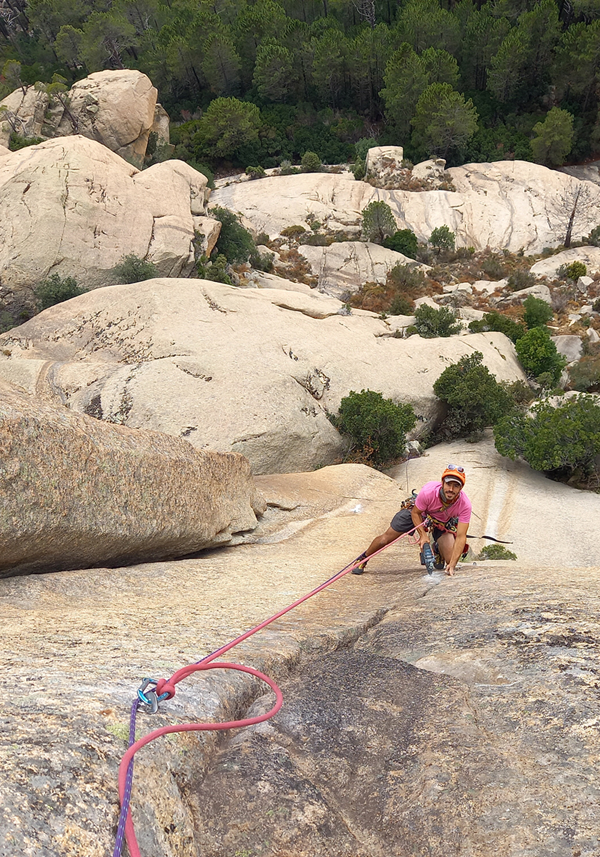 APPENDIX 2 – How the Bolting Fund works

On 28 June 2018 we held a meeting to share and discuss the planned arrangement with active bolters in Corsica. The following guidelines were decided on at this meeting:

You want to bolt or rebolt climbing routes in Corsica:

How do I make a request for equipment?

A request for bolting equipment can be made verbally during a meeting or simply by email, giving a precise list of the following information:

Who approves a request?

On the basis of the rules decided previously, the authors manage and provide the equipment in response to requests as they come in. If “ambiguous” requests are made, Thierry Souchard and Bertrand Maurin may submit the request to all members of the group (refer to chapter below), who are contacted to provide an opinion (and as a last resort to vote for or against allocation of the equipment).

How are the skills of any new bolters assessed?

It is the responsibility of the “new bolters” to indicate their experience to us. A bolter with no known experience may initially need to “prove themselves” with a relatively limited quantity of equipment.

How is information provided?

Notification of allocation of equipment and other information will be sent by email to all active bolters in Corsica. Climbers who wish to bolt and take part in the initiative can contact Thierry via email: thierry.souchard@gmail.com.